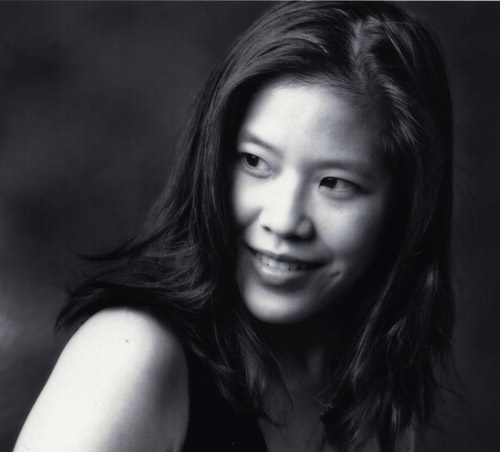 Cynthia Lee Wong has attracted international acclaim for her “shamelessly beautiful” music and devotion toward “not only the avant-garde audience, but…all music lovers” (Süddeutsche Zeitung). Wong has composed for a range of genres, including music for orchestra, chamber ensemble, dance, voice, narrator, musical theater, and piano improvisation.

In 2022, Wear Yellow Proudly presented Wong’s Six Gupta Songsat an event celebrating Asian women on the anniversary of the Atlanta shootings and International Women’s Day. This April, River Oaks Chamber Orchestra world premieres Wong’s In A Blink of An Eye,which celebrates the wondrous, though ephemeral, nature of life. One life, even if short-lived, can impact others in extraordinary ways. This work is inspired by Chinese-American Iris Chang’s words: “You as ONE individual can change millions of lives. Think big. Do not limit your vision and do not ever compromise your dreams or ideals.”

In 2016, No Guarantees, a musical comedy by Wong and librettist Richard Aellen, won funding from OPERA America’s Opera Grants for Female Composers program, supported by the Virginia B. Toulmin Foundation. In 2018, it received sold-out performances by University of Nevada’s Opera Theater Workshop and Nevada Conservatory Theatre.

From 2013-2015, Wong was selected for New Voices, a multi-organizational initiative with New World Symphony, San Francisco Symphony, and Boosey & Hawkes. As part of the residency, she received mentorship as well as chamber and orchestral commissions.

From 2010-2011, Wong received a Project 440 commission in which her piece Memoriam,dedicated to her late father along with all cancer survivors and caregivers, was premiered by Orpheus Chamber Orchestra on their opening night at Stern Auditorium, Carnegie Hall.

A graduate of the accelerated 5-year B.M./M.M. program at Juilliard, Wong received her Ph.D. as an Enhanced Chancellor’s Fellow at the Graduate Center, City University of New York. She studied composition with Samuel Adler, Milton Babbitt, David Del Tredici, David Olan, and Larry Thomas Bell, as well as piano with Tatyana Dudochkin, Frank Levy, and Martin Canin. Wong was also a participant in the BMI Musical Theater Workshop.

As an educator, Wong has taught at Baruch College, City University of New York, University of Nevada, Las Vegas, the Southwestern University of Finance and Economics in China, and the New England Conservatory Preparatory School. She was also Master Teacher at National YoungArts Week 2018 and Artistic Director at YoungArts Miami Classical Instrumental 2019 program.